The American South has always done things a little differently. We move a little slower, we’re a little more polite, and we like our homes to look a certain way. Yes, architecture in the South is just as unique as the people living there. Sparks Roofing has worked on a wide variety of roofs on a wide variety of homes. From quaint ranch style homes to stately Plantation styles, we’ve seen it all. Read on to find out more about some of these classic Southern Architecture styles, and call Sparks Roofing in Nashville for any of your roof repair or replacement needs!

While you might think these homes have been designed to look like a firearm, that’s not quite the case. These homes are unique for their long, narrow, rectangular form. Often, these homes do not have windows on the sides, as they were built very near to their neighbor’s home. These homes are often arranged with a shared living space, like a den or family room, at the front of the home, with two to three bedrooms behind it, and the kitchen in the very back. Often there is one long, narrow hallway running down the length of the house. This is likely where the style’s name came from, as it is said that you can stand on the front porch, and fire a shotgun down the hall and shoot a rooster in the backyard without scuffing the paint in the hallway.

The Wrap Around Porch

We’ve all seen that home that has the elongated porch that runs along nearly every side of the house. Not only are these porches an attractive feature for the home, they are also incredibly practical. Air conditioning is a relatively recent invention, and before then, homeowners had to find clever ways to keep cool in the humid and heat of the South. These wrap around porches, covered by a low roof, allowed residents to get out of their humid homes, and escape some of the heat by catching a breeze and staying in the shade. These porches also kept the main body of the house from receiving direct sunlight, which helped keep the interior of the building cooler.

The word “antebellum” means “existing before a war.” In this case, these homes were often constructed before the Civil War in the 1860s. These homes are often the height of luxury, and reflect the economic strength of the South before the war. These homes borrow elements from other styles of homes, like Georgian, Federal, and Greek revival, to create an appearance that is distinctly Southern. While these homes were built across a long period of time, they often share some similar traits. These might include features like symmetry across the entire home. This means that you could cut the house in half, and hold it up to a mirror and it would look the same on both sides. They often had large pillars at the front of the home, to capture that classic sense of scale from the architecture of the ancient Greeks. The roofs were often gabled, with many dormer windows across the front and back of the roof. It’s not uncommon to find a balcony over the front door, or at the sides of the home either.

Common among the early colonial period in American history, many early homes fall into this style of architecture. These homes are often highly symmetrical, well proportioned, and highly decorated. Often sporting a hipped or gable roof, these buildings often had numerous extensions, called hyphens and wings, and so they had the visual effect of being wide and sprawling in appearance. While in the North these homes were often constructed from brick, the heat and humidity of the South made it necessary for these style homes to be made of wood paneling and framing.

Whether your home was built in the 1780s, or the 1980s, Sparks Roofing is more than happy to repair or replace your home’s roof. We’re Nashville’s Top Rated Local® roofing company for a reason. We’re committed to a high standard of customer service, backed by our quality work, and attention to detail. Call us today for a free roofing estimate! 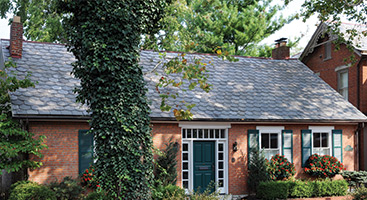 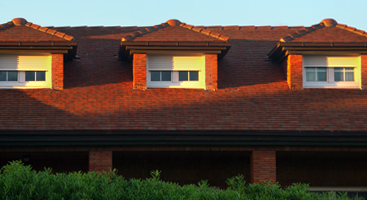 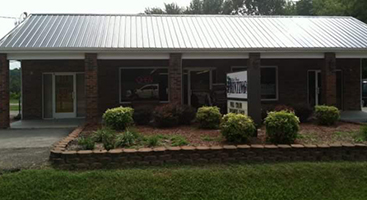